I filled and conceptualised the temporary exhibit 'Tote leben länger - Vom Umgang mit Ahnen in Peki und in der Anthropologie' (The dead live longer - On dealing with ancestor in Peki and in anthropology). Wechselwelten is a room with a roaster of temporary exhibits in the ethnological collection displays of the Lower Saxonian State Museum in Hanover. Here, I am showing objects from my fieldwork in Ghana that reflect on the use of synthetic and durable materials in commemorative context. Alongside objects that I bought or was given during my research, there is also a series of obituary banners that commemorate the 'founding fathers' of anthropology. As my disciplinary ancestors, the series, which was created by a local obituary designer in Peki, critically reflects on the male white origin of anthropology. The displacement of these thinkers, into a Ghanaian obituary banner with its distinctive aesthetics, asks for a rethinking of contemporary anthropology's relationship to thinkers who were extremely influential in the shaping of theories and ideas, yet, are now replaced by those working and living today. The banner series is therefore an affirmation of ancestorship, as well as an empowering gesture to move the discipline further, into other ways of thinking together, listening, giving voice. 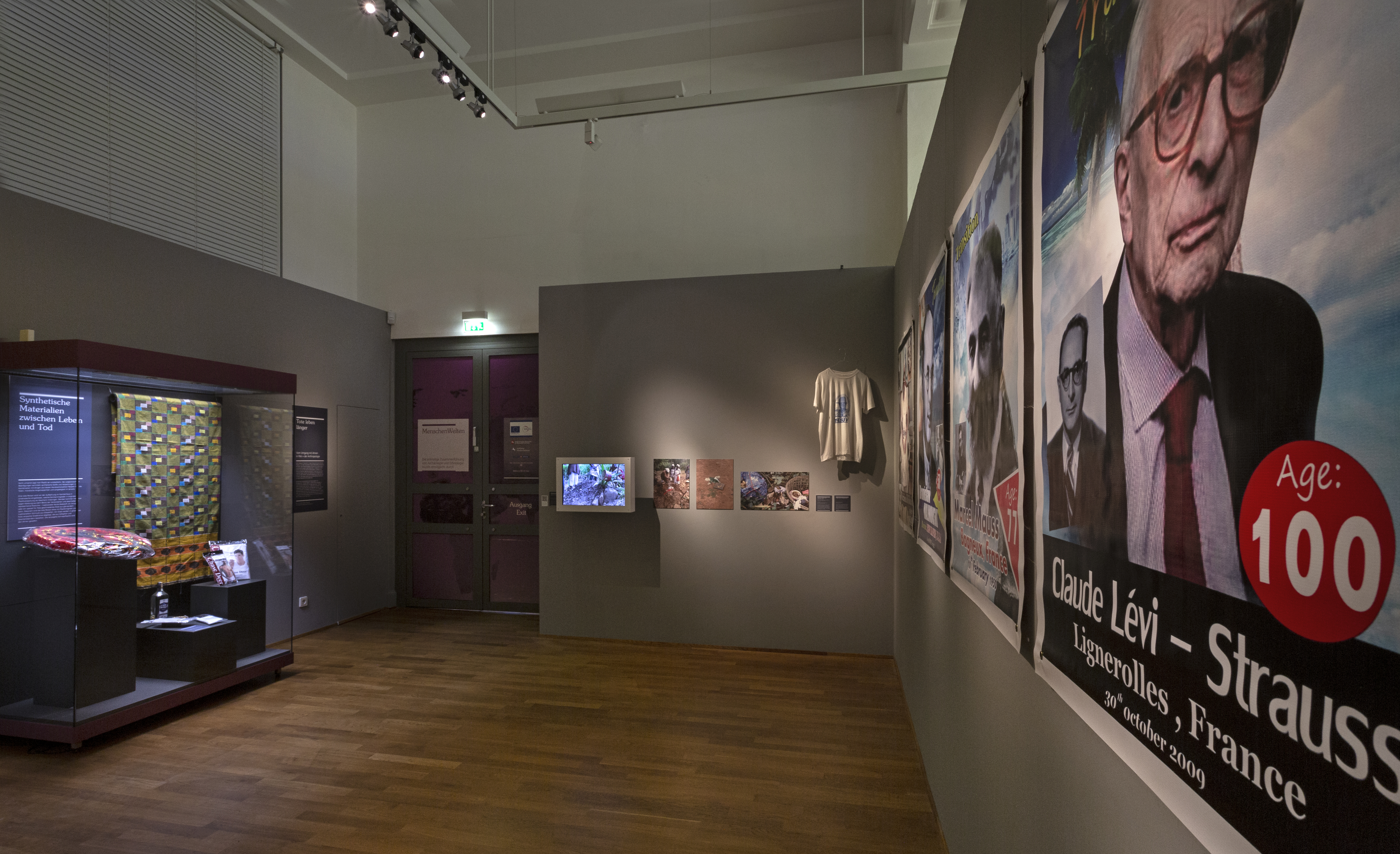 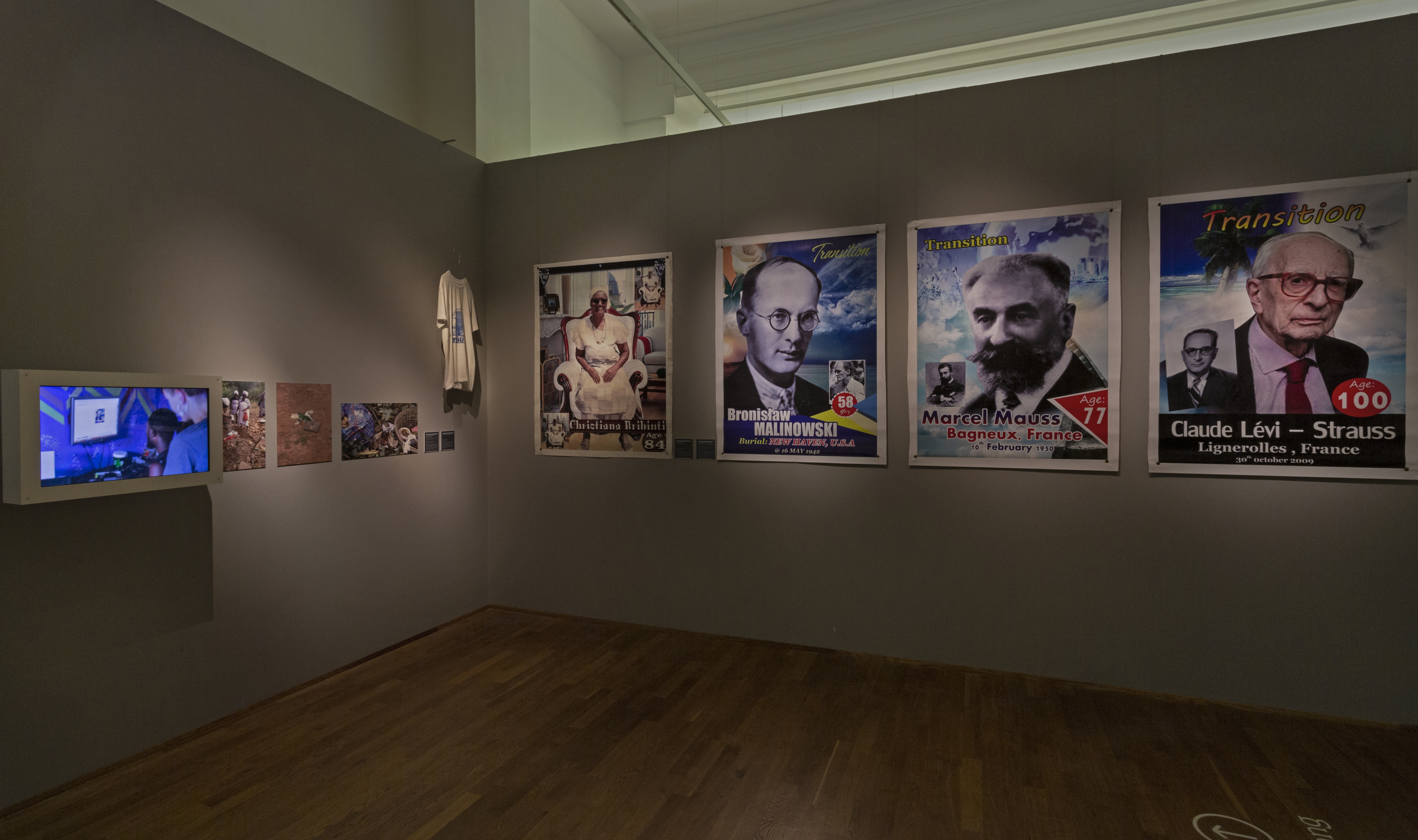 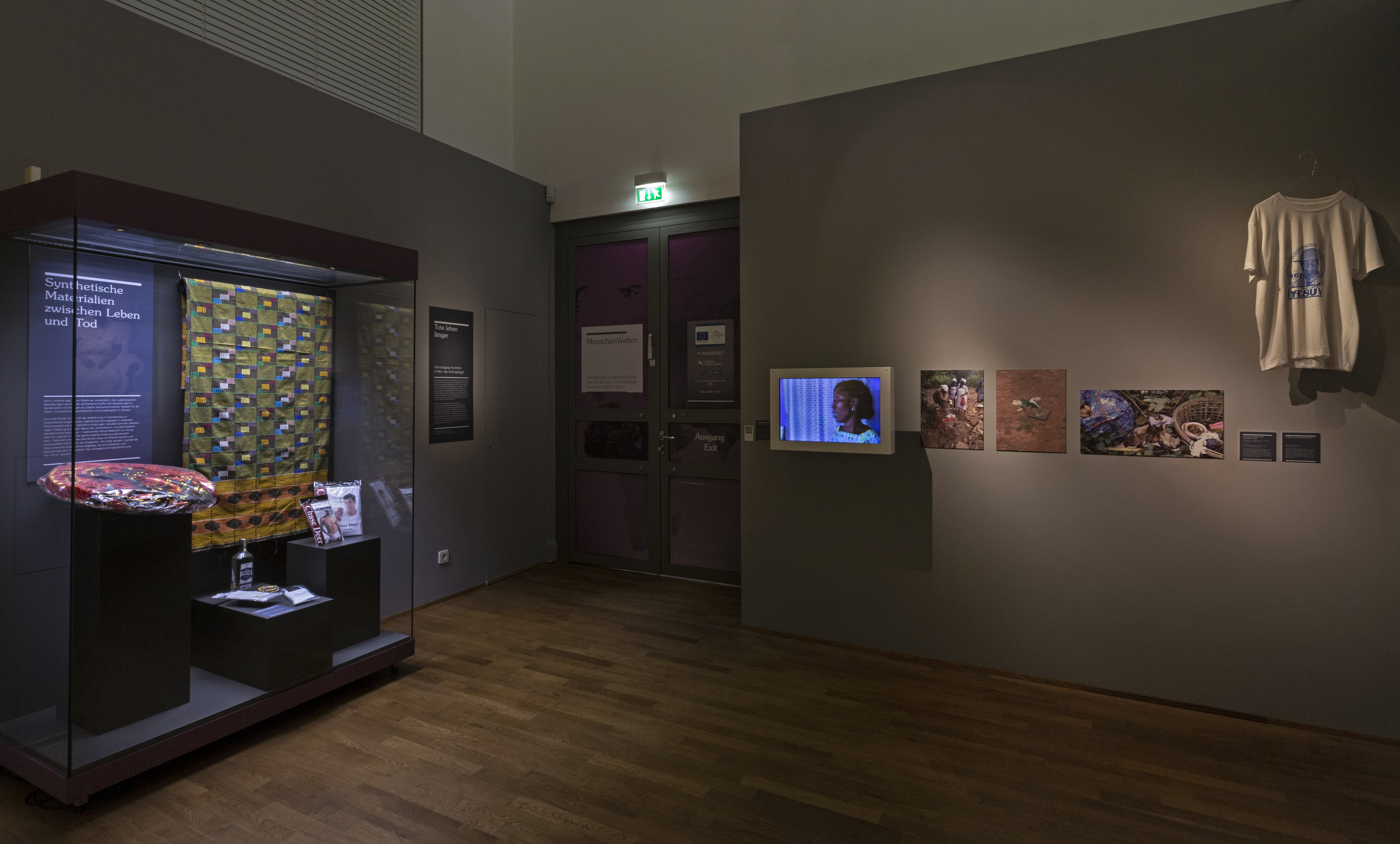 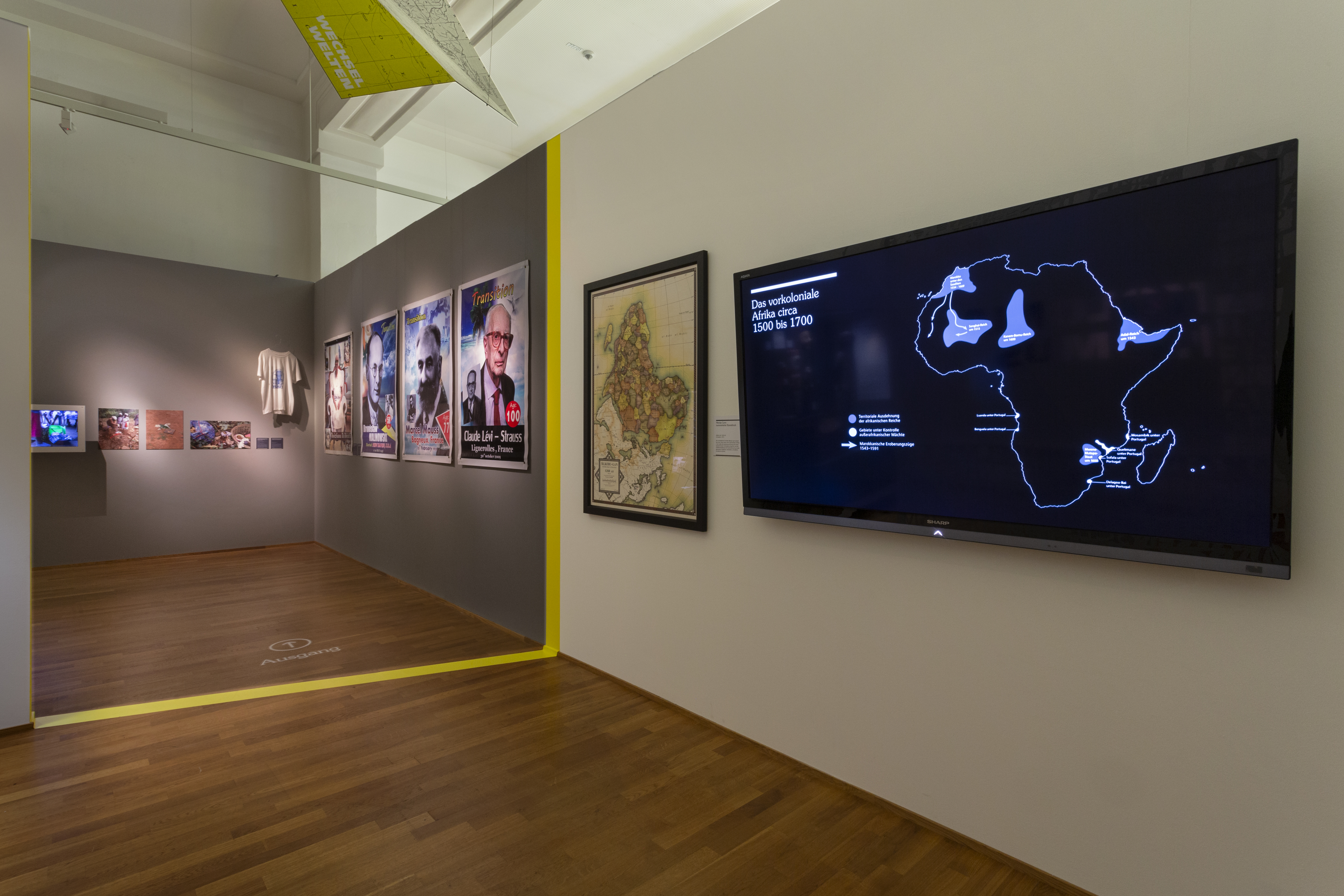