My PhD in anthropology investigates the role of material substances, places, bodies and things for the social production of death in a Ghanaian town community.

I have carried out ethnographic fieldwork in Peki, Ghana (Volta Region) on three instances for a total of 8 months, between 2016 and 2019. 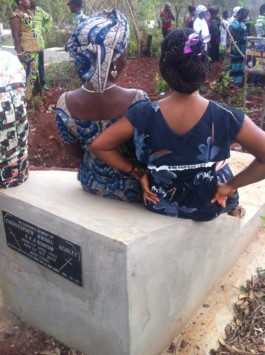 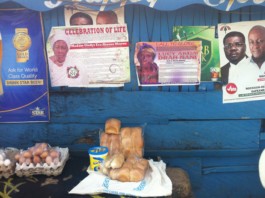 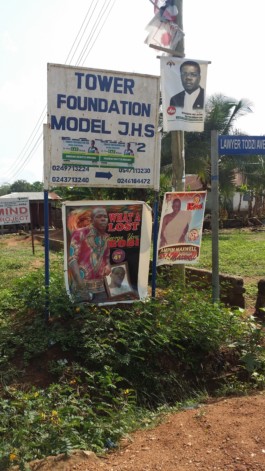 In Peki, an Ewe town in the Ghanaian Volta Region, death is a matter of public concern. By means of obituary banners, loudspeaker announcements, public lyings in state and a large number of different cemeteries, the dead and dead bodies occupy a prominent place in the world of the living. The book shows how communal practices in relation to death and the investment of tendential moral and temporal qualities in the material environment help to produce a ‘good’ kind of death, in which the dead can be spatially and temporally owned by the living. As such, materiality and death are productive of a political economy structured around the dead.

A variety of different actors and authorities, such as state representatives, local representatives of traditional forms of governance, kin groups and individuals compete over ownership of the dead in light of their respective aims. The work for the dead and the economy of labour around death connects the worlds of the dead and the living and may position community members in a position of debt towards both – a mechanism that fuels this exchange and that ensures the investment of social and monetary capital in the community, mediated in the funerary cycle.

Containing the dead means successfully integrating them into the body politic, in which the time and space of the dead are under the control of the living. In cases of bad death, different sequences and rituals are needed to achieve containment, although these kinds of dead retain ties to the world of the living and may therefore subvert attempts to own and contain them. The thesis uses Robert Hertz’s model of secondary burial and Alfred Gell’s method of time-mapping from his Anthropology of Time alongside approaches from material culture studies by Tim Ingold, Adam Drazin and Susanne Küchler, among others.

My research was funded in the framework of the DFG research training group 'Value and Equivalence' at Goethe University, Frankfurt am Main.